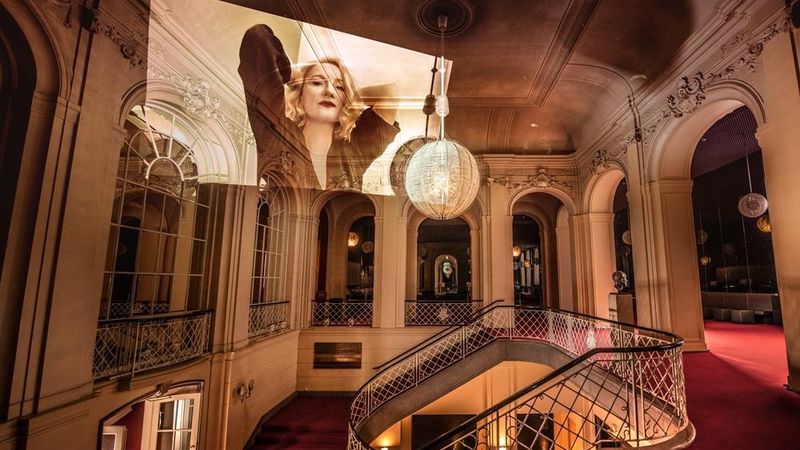 After the great success of Lonely House , Katharine Mehrling returns to the Komische Oper Berlin with a staged evening of songs by Kurt Weill. While Lonely House was devoted entirely to Weill’s exile in Paris and New York, the focus tonight is on the songs from Weill’s Berlin period, arranged for orchestra by Kai Tietje and staged by Barrie Kosky. In addition to her acclaimed performances at the Bar jeder Vernunft (as well as in Ball im Savoy and My Fair Lady at the Komische Oper Berlin), Katharine Mehrling has become one of the most important Kurt Weill interpreters of recent years. Hardly any composer unites the complexity and diversity of the 1920’s soundscape better than Kurt Weill—and hardly anyone knows how to play with them better than Katharine Mehrling! Weill, born the son of a Jewish cantor, was educated as a student of Ferruccio Busoni, and had his big break through his collaboration with Bertolt Brecht. The Threepenny Opera and Rise and Fall of the City of Mahagonny made Weill both an acclaimed song composer and a new hope of the opera stage.

Katharine Mehrling slips effortlessly into the diverse characters of numerous songs, and follows the moods of a night in Berlin à la Weill. From the “Farewell Letter” at Café Bauer, to “Berlin in the Light”, to songs from The Threepenny Opera , it’s an evening in twilight, full of loneliness, bittersweet melancholy, stubborn sharpness and rebellious grit!